The Past Has Never Been More Present

For immigrants in a new land, one of the challenges is the question of whether to preserve identity or merge identity with a new culture; another challenge is how to remember family that might have been left behind.  Houston’s Chinese community is not unique in addressing these issues.  However, the story of the Chinese community in Houston is not very well known.  This tour tells their stories and relates the rituals associated with honoring one’s ancestors.

As a way of building community and honoring ancestors with proper Confucian rite, the Chinese in Houston built temples where the ashes of the departed can be placed.

Tian Hou temple, the first stop on our tour, is one of Houston’s first Daoist temples and was erected in Houston’s original Chinatown area, east of the George R. Brown Convention Center.

As Houston’s Chinese population gradually began abandoning the old Chinatown area and moved west to establish new neighborhoods along Bellaire Blvd., temples were erected on the west side of town.  Jade Buddha temple serves a congregation of Chinese and English-speaking devotees and is the second stop on our tour. 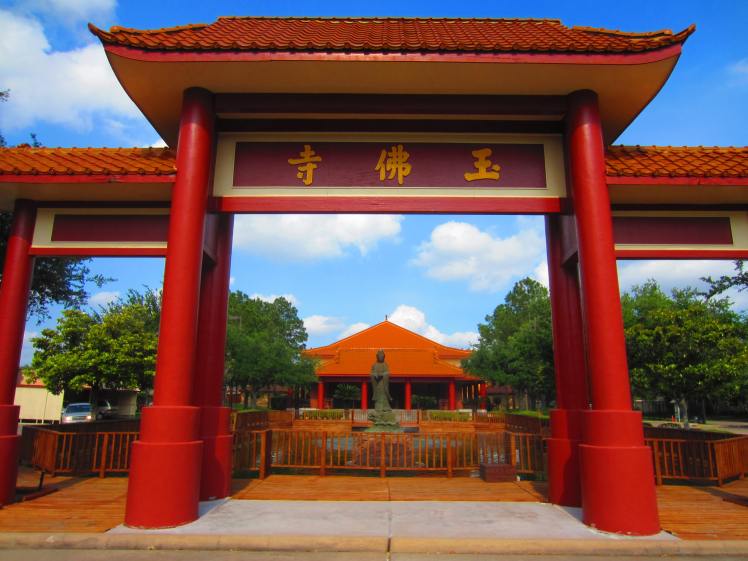 We end our tour at a unique site – Houston’s first feng shui cemetery that reflects a fusion of eastern and western ideas, demonstrating the merging of cultures that can occur in a new land.

Our tour features a 3rd generation Houstonian of Chinese heritage, the feng shui master CC Lee, and experts on Daoism and Buddhism.  Before the tour, join us at 1:30 for Chinese appetizers and tea.

GET YOUR TICKETS NOW, SPACE IS LIMITED

$35.00 prepaid reservation only.   SEATS ARE LIMITED